We attended the TNW Model Railroad Show and Swap Meet at Freighthouse Square in Tacoma, Washington, on May 19th.  And by “we,” I mean the Little Engineer, his parents, his aunt, all four of his grandparents, and his great grandma.  Never let it be said that he isn’t well-supported in his train obsession.

There were three floors of train layouts and vendors to see.  As with all the train shows we’ve been to, it’s fun to see how much time, skill, and love these train hobbyists have put into their creations. 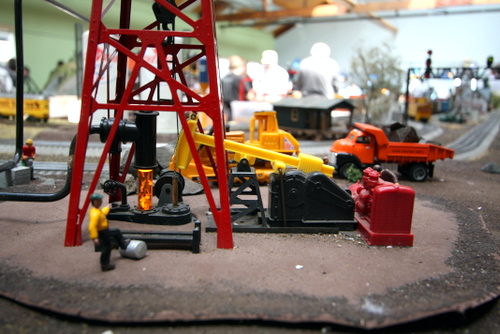 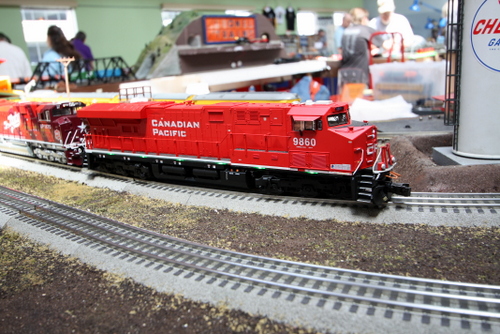 The Little Engineer checks out the engine.

They had this cool wooden train cutout for taking pictures, though the only reason we got it all in one shot there in the hallway was our super wide lens.  He had a look around at all the trains.  The hand stamps were made with a Thomas-shaped stamp, and the Little Engineer allowed someone to stamp his hand for the first time ever.  We found every single piece of Thomas the Tank Engine merchandise offered for sale.  It was fun to look at some of the Thomas & Friends model trains in person again in one vendor’s booth.  And for lunch afterwards, Freighthouse Square had a wide variety of tasty options in their food court. 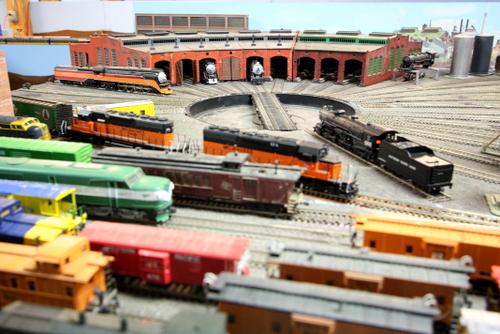 On the clubhouse’s railway

Another thing that was cool was getting to see the permanent layout in the Tacoma Northwestern Model Rail Road Club’s clubhouse way down on the bottom floor.  I had been curious about the clubhouse after perusing their website, but I didn’t realize I’d get a peek inside until we got to the show. 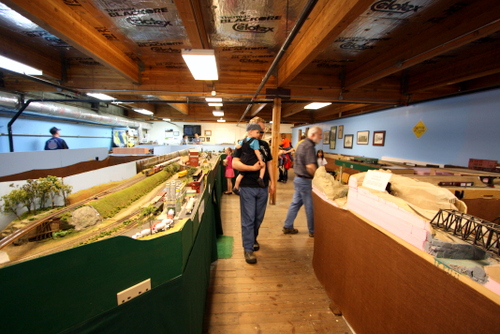 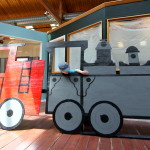 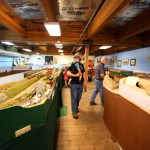 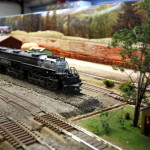 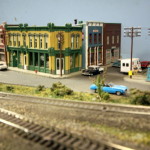 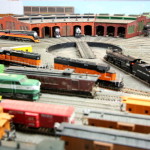 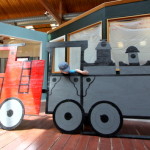 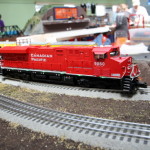 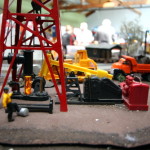