The Little Engineer loves Cut the Rope. Months ago, before he figured it out himself, he used to watch Dada play. When the candy would fall off the screen instead of into the adorable green monster’s mouth, he’d make Om Nom’s sad noise and do a sign he made up that combined the signs for “cry” and “candy.”

One day we were drawing on his easel, and the Little Engineer asked me to draw a train (again).  So I drew him a Candy Train, with Om Nom as the engineer.  Cue toddler excitement! 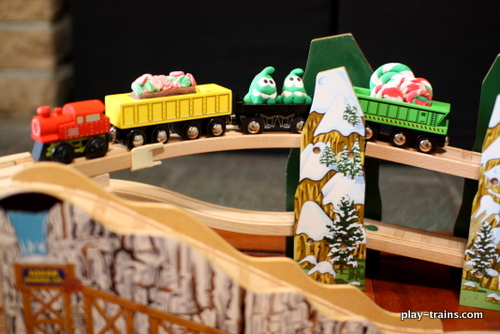 Soon thereafter, we picked up some Crayola Model Magic at the store.  The kiddo has a thing for making up “live action” versions of games and videos, so I thought I’d bring Om Nom’s Candy Train to life. 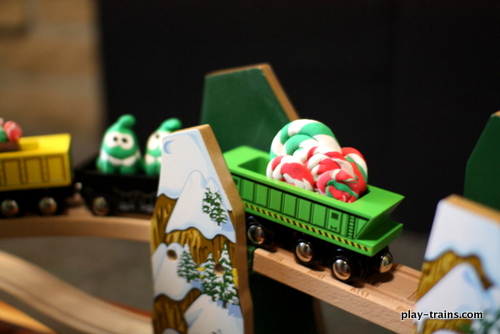 The result was a huge hit.  We got out the wooden building blocks and made a Candy Factory and a Candy Shop, and Happy Om Nom and Sad Om Nom transported several shipments in a row, pausing only to hop around happily on the Candy Store. 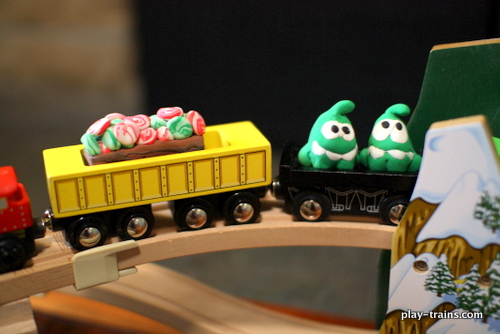 However, the Model Magic didn’t hold up to play for very long.  Small pieces of the candy broke off, and the little dangly things on top of the Om Noms’ heads did too.  I have some Sculpey in my possession to try for a more sturdy version, which I’ll hopefully have to show off soon.  But if you have older kids, or are an older kid, or just like trains and cute green monsters, the Model Magic was very easy to work with. 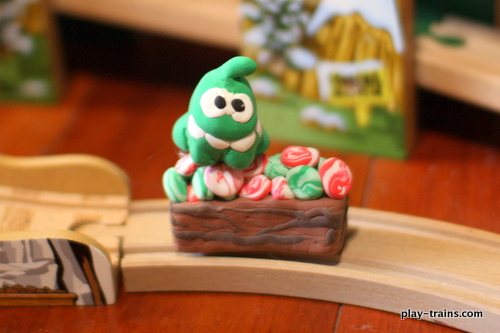