Happy Fourth of July! As I type this, I’m listening to the fireworks that (still) boom and crackle around our neighborhood. But at least the Little Engineer is finally asleep, instead of running around our backyard in the dark with giant glow stick rings, throwing them in the air and shouting, “FIREWORKS!!!!” long past bedtime! Earlier in the day, we built a Fourth of July roller coaster wooden train layout, and I thought I’d share it in case anyone wanted to keep the holiday fun going.

First, we built a train layout and decorated it with pieces of dollar store star necklaces and red white and blue fan picks (both held on with blue poster tack, although I think the tape we used in Damage Free Decorating for Wooden Trains works better for the necklaces). The necklace pieces started out on the freight cars and engines, but the Little Engineer decided to move them to the bridges and track supports, where they looked just as festive and didn’t get in the way of running the trains on the tracks.

I didn’t get a picture of the whole layout, but it more or less looked like a roller coaster. There are more hills off to the left of the photo below. 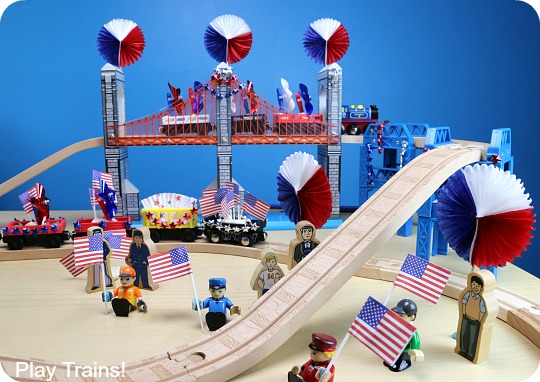 I’m planning to do a closer look at building a roller coaster layout soon. But for now, some of the wooden train accessories we found especially useful in this layout were the Melissa & Doug Skyline Suspension Bridge, the Bigjigs Rail Construction Support Set, and the rare, extra-long ascending tracks from certain Thomas & Friends sets like the Mountain Top Supply Run and Merrick and the Rock Crusher sets. See the Bridges and Elevated Tracks section of our Ultimate Wooden Train Guide for more options for adding height to wooden train layouts.

There was a functional reason we put in the big bridges and hills (not that one needs to have a practical reason to build a roller coaster track!). While the pinwheels in the freight cars will spin when you run the trains around the track, sending trains speeding down the slope was the best way to make them go! 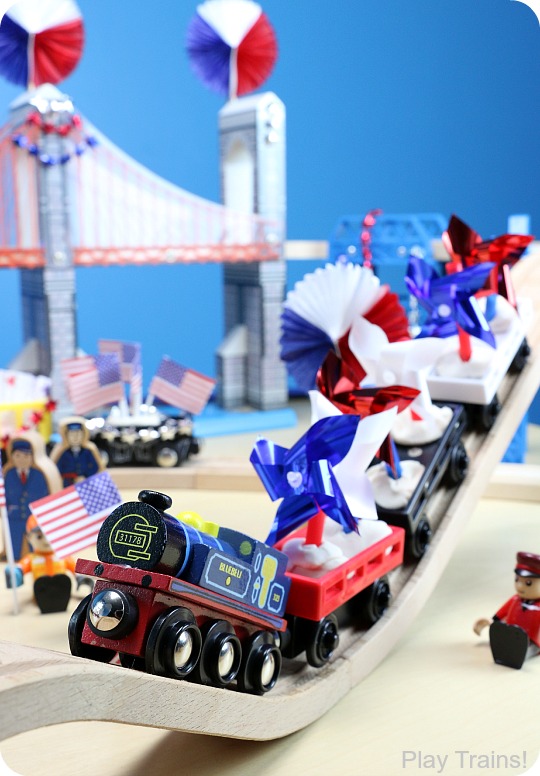 You can see how much they spin in this quick video I made to demonstrate it:

(By the way, the cute little engine starring in these photos and the video is Bluebell from the Bigjigs Heritage Collection.)

The pinwheels were pinwheel straws that I picked up at Target last month. (Our Target was sold out of them last time we went, but you can find lots of pinwheel straws and pinwheel picks online.) I trimmed down the straws, and we used white play dough to hold them up in the freight cars. 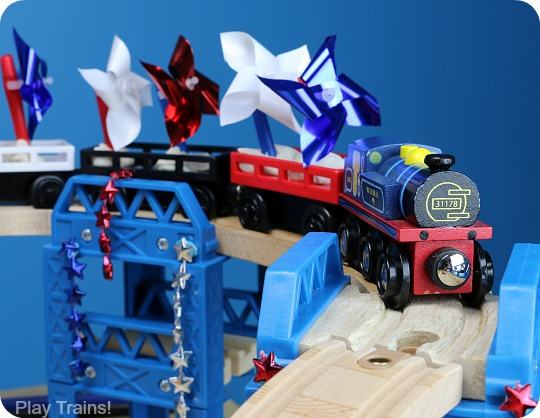 I also had a package of Fourth of July cupcake liners and American flag picks that I picked up at the dollar store. We pressed the cupcake liners into some of our freight cars, and used play dough and blue poster tack to hold the flags in freight cars and in the hands of Brio figures. I trimmed most of the flags’ picks down so they wouldn’t stick up too far above the freight cars. You might want to consider doing that for all of them because the ends are a bit pointy. 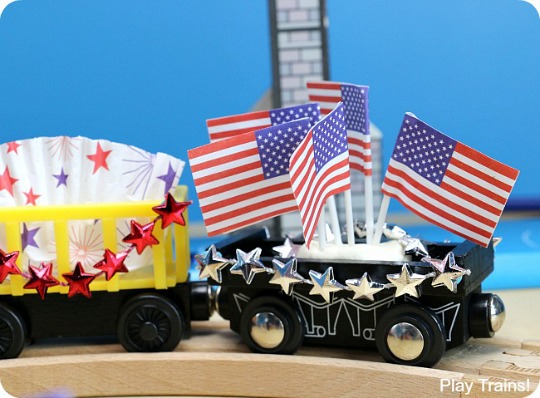 Quite a crowd of train set people came to watch the firework show. So we had to figure out some way to have fireworks! 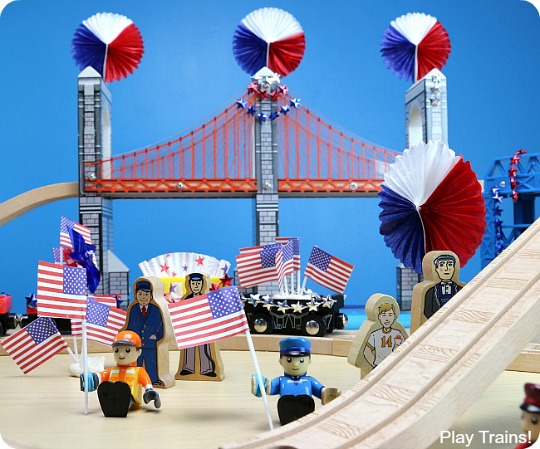 We ended up using Angry Birds slingshots (the style that comes with the original Angry Birds and Angry Birds Space versions of the games) and glitter pom poms to put on the fireworks show. 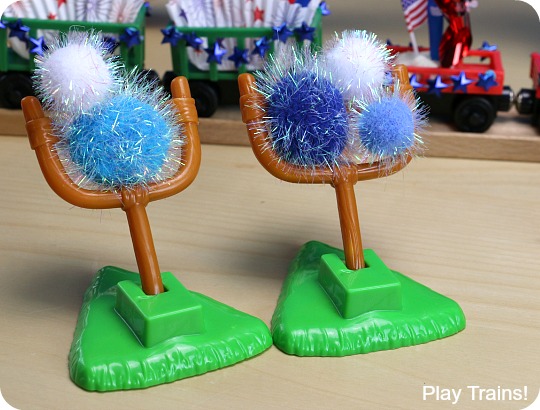 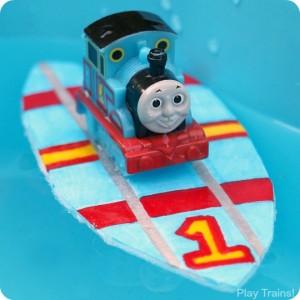 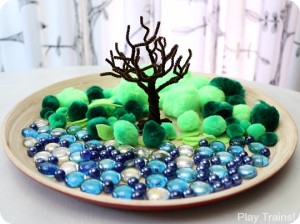 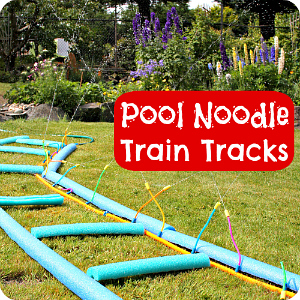 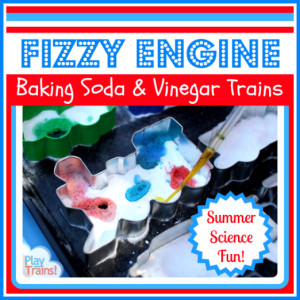 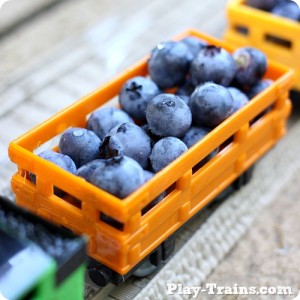 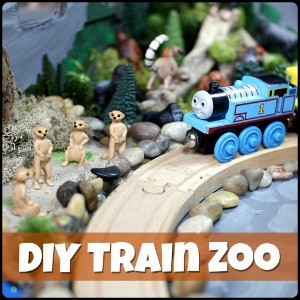 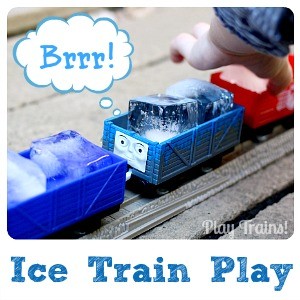 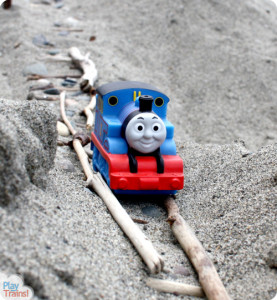 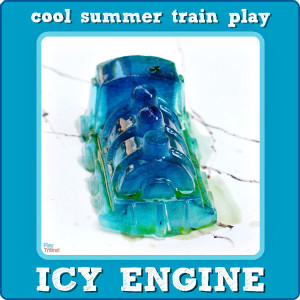 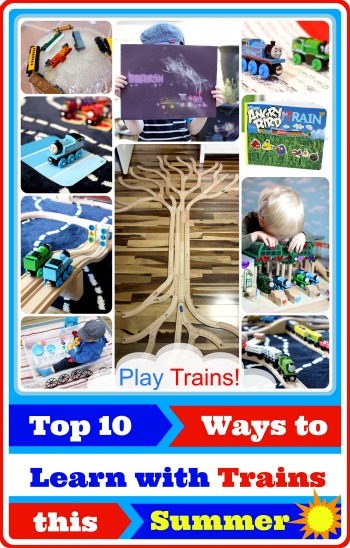